Haleigh Schoon (Yergler) was on crutches and won in 2008 with the sympathy vote. WHATEVER. Haleigh is about as real as it gets. SPUNKY.

We had a close call on the way back from a Block and Bridle meeting at Purdue when it was raining and she hydroplaned her car.

Eric got married but I got a BFF, (cousin Catherine) out of the deal.

I interned with the Indiana Pork Producers and managed one of 2 “pork tents” for 20+ days at the ISF.

They gave me a radio and a beeper and I lived in a room in the Pepsi Coliseum in bunk beds with the other women volunteers and workers.

Had a little fling with a sheep barn guy; he had a golf cart.

The night of The Final Drive (livestock show) was the climax of the fair.

He said; want to see the BEST view?

We climbed up to the roof of the Pepsi Coliseum and IT WAS.

Woke up in my bunk bed covered in black tar from that rooftop. Almost as much black paint as the cattle jocks use to fit steers. 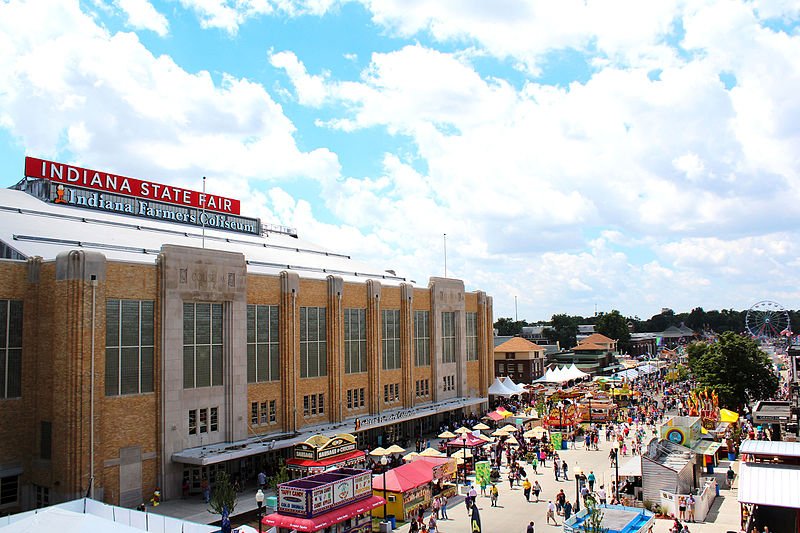 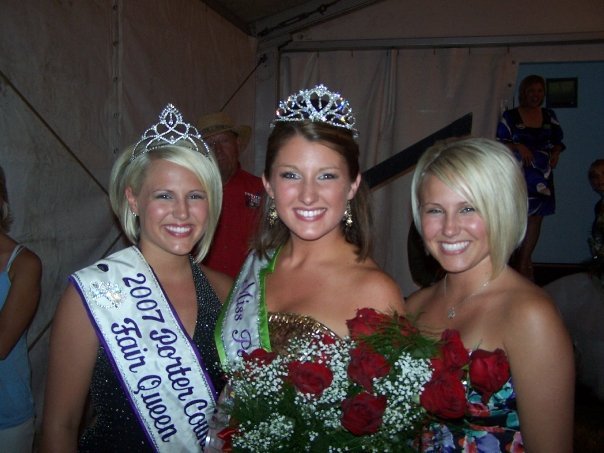