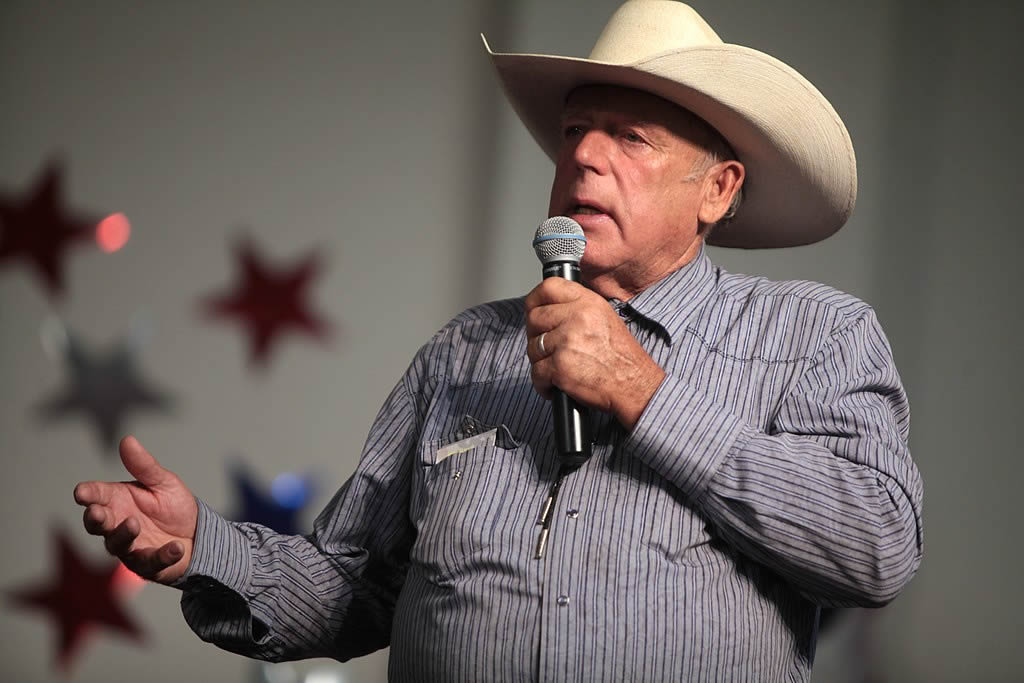 My cultural heroes are John Wayne and Cliven Bundy. The latter is less known.

Don’t get me on a roll. Especially about the government, small business regulations, or the entitled.

Cliven Bundy. AMERICAN LEGEND. Wikipedia can fill you in.

Cliven Bundy owned a huge cattle ranch in Nevada that abutted “Federal Grazing Land.” He was definitely anti-government (me too, me three, four) and for self-sovereign states. Ok, Nevada is mostly desert. It’s not like he had a lot of neighbors with whom to interact.

Look at the map out west of what the “Bureau of Land Management” controls.

I am a believer in private ownership, capitalism, and entrepreneurship.

Per Wikipedia: The Bundy standoff was an armed confrontation between protesters and law enforcement that developed from a 20-year legal dispute between the United States Bureau of Land Management (BLM) and Cliven Bundy over unpaid grazing fees on federally owned land in southeastern Nevada.

After a stand-off, a federal prosecutor dropped the case against Bundy.

Did this man even know where his ranch land “stopped” and the “federal” ground started? Also, have you ever tried to herd cattle? It takes a team.

The only other story I can closely relate to this when my Granddad Ralph (long time cattleman) had a load of cattle he paid for that was NEVER DELIVERED to his farm. On another occasion a load of cattle was stolen in the middle of the night. The only evidence was the trailer tracks in the snow.

I recall being around 9 years old and he sat at his DTN computer on the landline telephone and had a hostage negotiation on the cattle that never arrived. Intense situation for the entire family. Felt like a mafia deal. Lots of money on the line. But NO one got in the way of Ralph Shafer. Ever. He was finally repaid; after a lot of efforts and high blood pressure.

Disclaimer: this is how I remember the story as a child. The specifics could be different.

The cattle rustler (by the way, these are still around. We need John Wayne back.) was someone Granddad must have trusted when he said he had sent the cattle on the trailer. The cattle never existed. At least, they never showed.

Back to Granddad Ralph’s story:

Rural people tend to trust. And I still will. Shafers and Jordans don’t back down.

Cash on Delivery isn’t a term used much these days but let me tell Y’ALL; IT MATTERS.

Have a little success in life? People want to steal that from you. Business can be extremely cut-throat.

Everyone wants to benefit from your success but no one wants to front the bills. Don’t get me started on the Liberal Mentality. I may lose a few clients from this post. I will likely gain hundreds more.

During an interview with a journalist following the standoff, Bundy cited Article 1, Section 8, Clause 17 of the Constitution to assert the federal government is limited to owning ten square miles of land.”

Amen. Don’t we pay enough in taxes? Didn’t his cattle help manage the “overgrowth” of vegetation on the land?

“Government has no wealth, and when a politician promises to give you something for nothing, he must first confiscate that wealth from you — either by direct taxes, or by the cruelly indirect tax of inflation.”

Granddad Ralph and John Wayne are both in heaven now. Sharing a strong coffee or a whiskey together.

Remember upon what our country was founded.

Would you let YOUR cattle be stolen?

You wouldn’t make much of a cowboy.